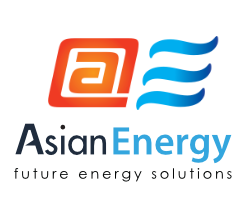 Asian Energy Co., Ltd was established in 2015. The company was founded by a group of businessmen who shared the same vision. The company respectfully followed the sufficiency economy philosophy of our King by rooting them into the company’s policy, in order to develop and manage the company with the principle of “Taking the Middle Path”. This comprise of moderation, rational and having strong immunity. To achieve this, fundamental requirements which are knowledge and goodness is a necessity to lead to a balance and sustainable energy enterprise.

The company focus on sustainable energy business according to the renewable and alternative energy development plan of Thailand. The company will provide the best suitable renewable energy from different fields to generate electricity. The Initial project of the company was a project that was catered to the government sector “The purchase of electricity from Ground-Mounted Solar Power for government sector and agricultural cooperative”.
Now, the company collaborate with Top Meridian Power Group Co., Ltd, leading clean energy solution company based in Finland with the aim to introduce the best technology in manufacturing Solar PV Module as well as to design and install Solar electric power system. The business corporation will market to AEC member countries, Europe and America. 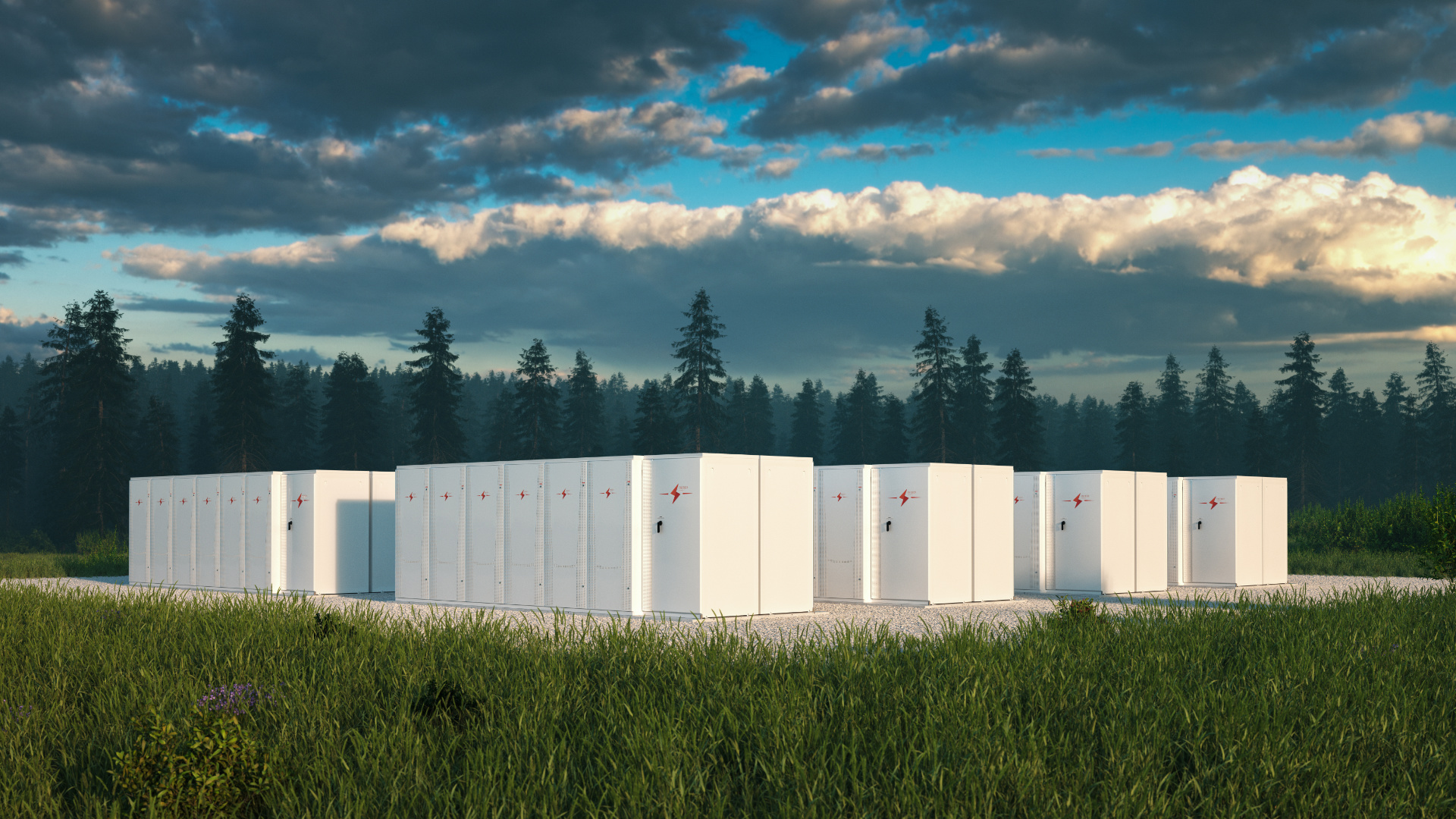 Our team comprise of experts that specialize in all aspects of Renewal Energy. 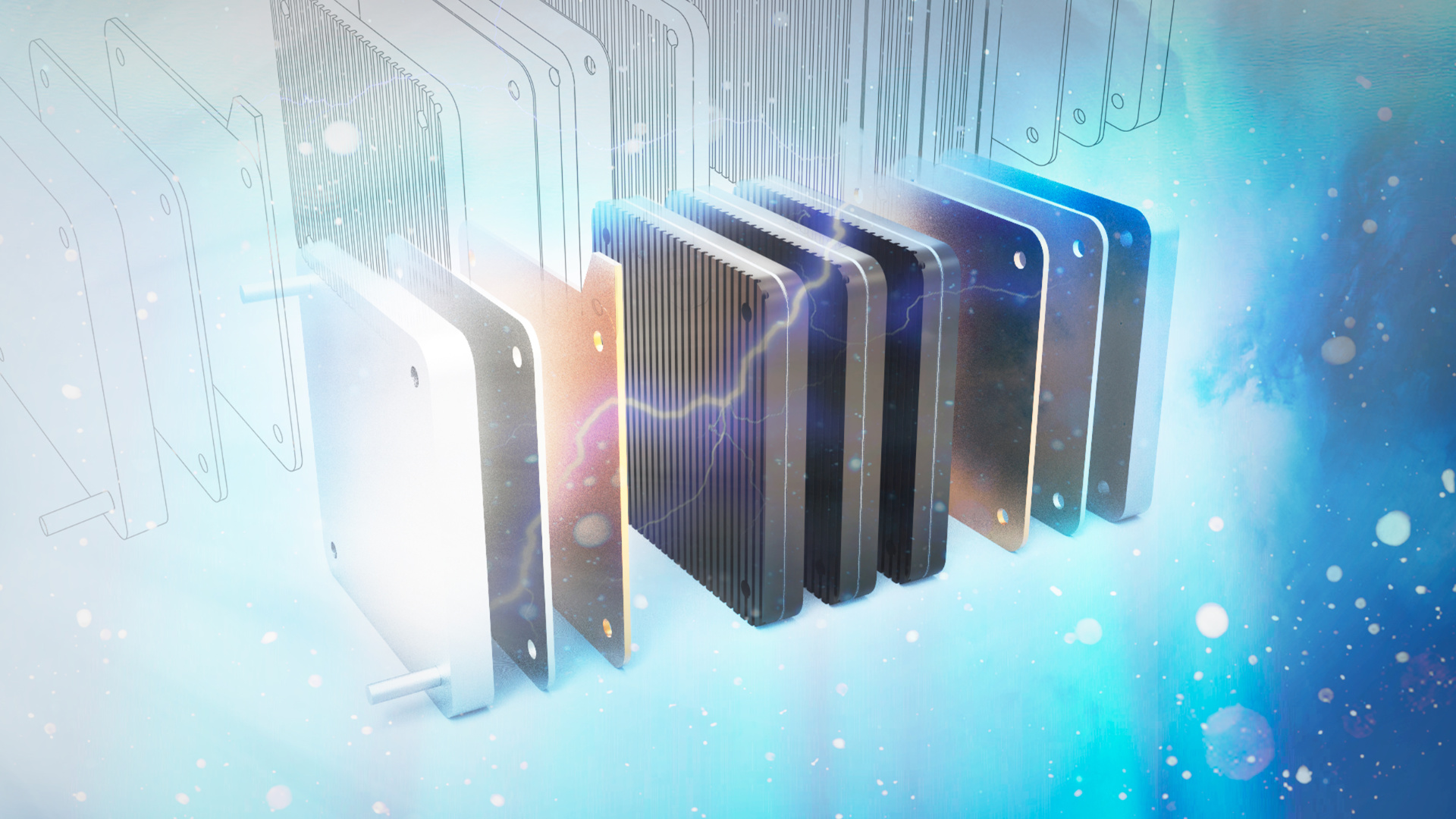 A fuel cell is a device that generates electricity by a chemical reaction. Every fuel cell has two electrodes called, respectively, the anode and cathode. The reactions that produce electricity which take place at the electrodes. the source of fuel is hydrogen. Hydrogen is the basic fuel, but fuel cells also require oxygen from air. the interesting of fuel cells is that they generate electricity with very little pollution–much of the hydrogen and oxygen used in generating electricity ultimately combine become to the water. A single fuel cell generates a tiny amount of direct current (DC) electricity and installation inverter for conversion to alternative current (AC). In practice, many fuel cells are usually assembled into a stack. Cell or stack, the principles are the same. 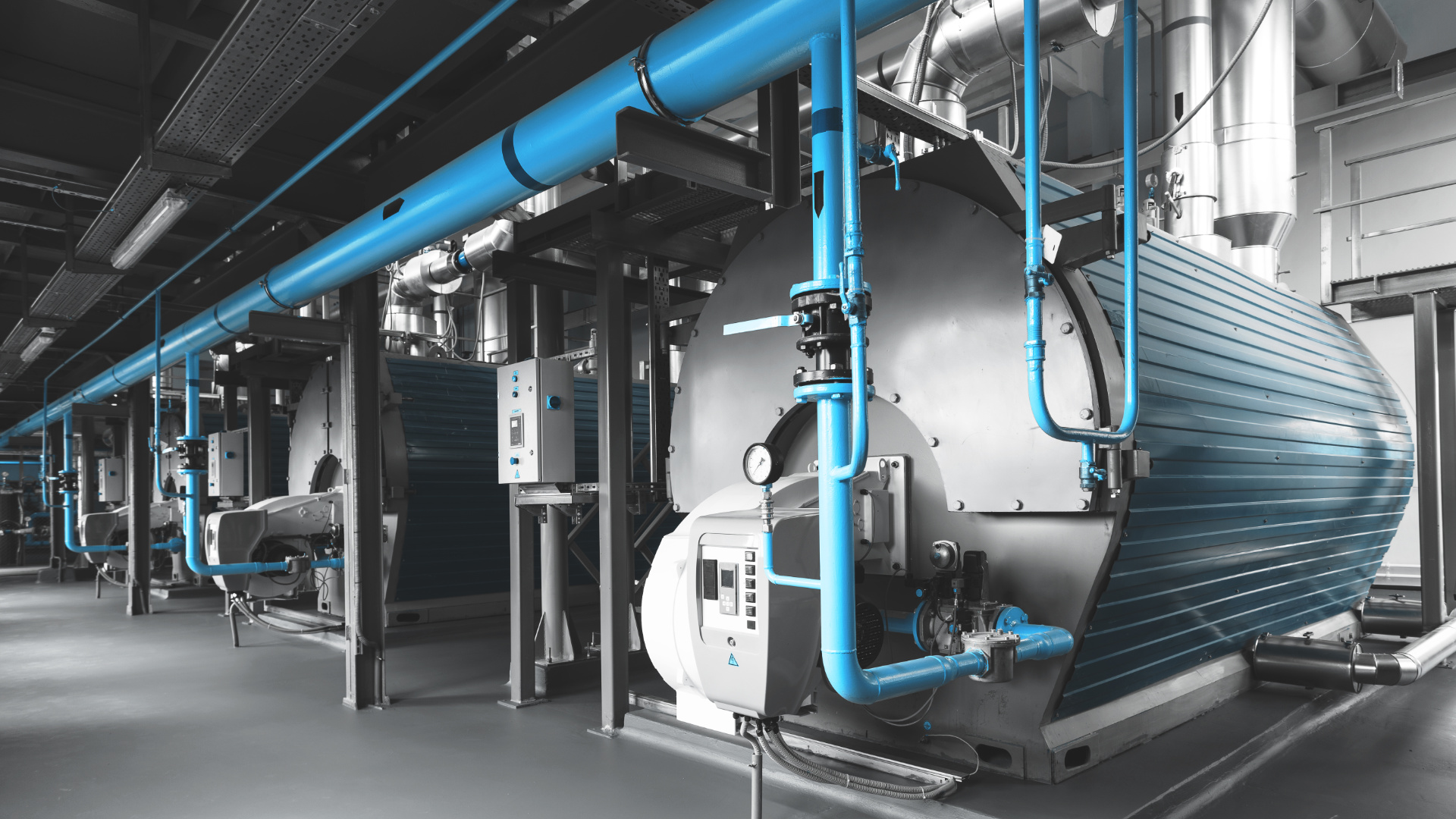 Electrolyzers are devices that use an electric current from any source to provide the energy that separate a water molecule (H2O) into hydrogen (H2) and oxygen (O2). Electrolyzers have a positive and negative side, like a battery. Hydrogen gas is generated on the negative side while oxygen gas is generated on the positive. If we installation cylinders,we can collect these hydrogen and use them in many applications. There are many type of electrolyzer example proton exchange membrane (PEM) electrolyzer, which can work as an electrolyzer when we connect it to an electric current, but can also work in reverse and provide power as a hydrogen fuel cell. When hydrogen is present and we connect to the fuel cell generates electricity While the fuel cell is running, hydrogen and oxygen are combined again become to a water.

Energy storage is the energy produced at one time or continuous for use at a later time. A device that stores energy is generally called battery. Energy comes in many forms including radiation, chemical, gravitational potential, electrical potential, electricity, elevated temperature, latent heat and kinetic. Energy storage involves converting energy from forms that are difficult to store to more conveniently or economically storable forms. Some technologies store short-term energy storage, while others can store for longer. Examples of energy storage are the rechargeable battery, which stores chemical energy readily convertible to electricity to operate a machine,the hydro power dam, which stores energy as gravitational potential energy, and Thermal energy storage, which store cold temperatures and use in peak demand for save electricity bill. 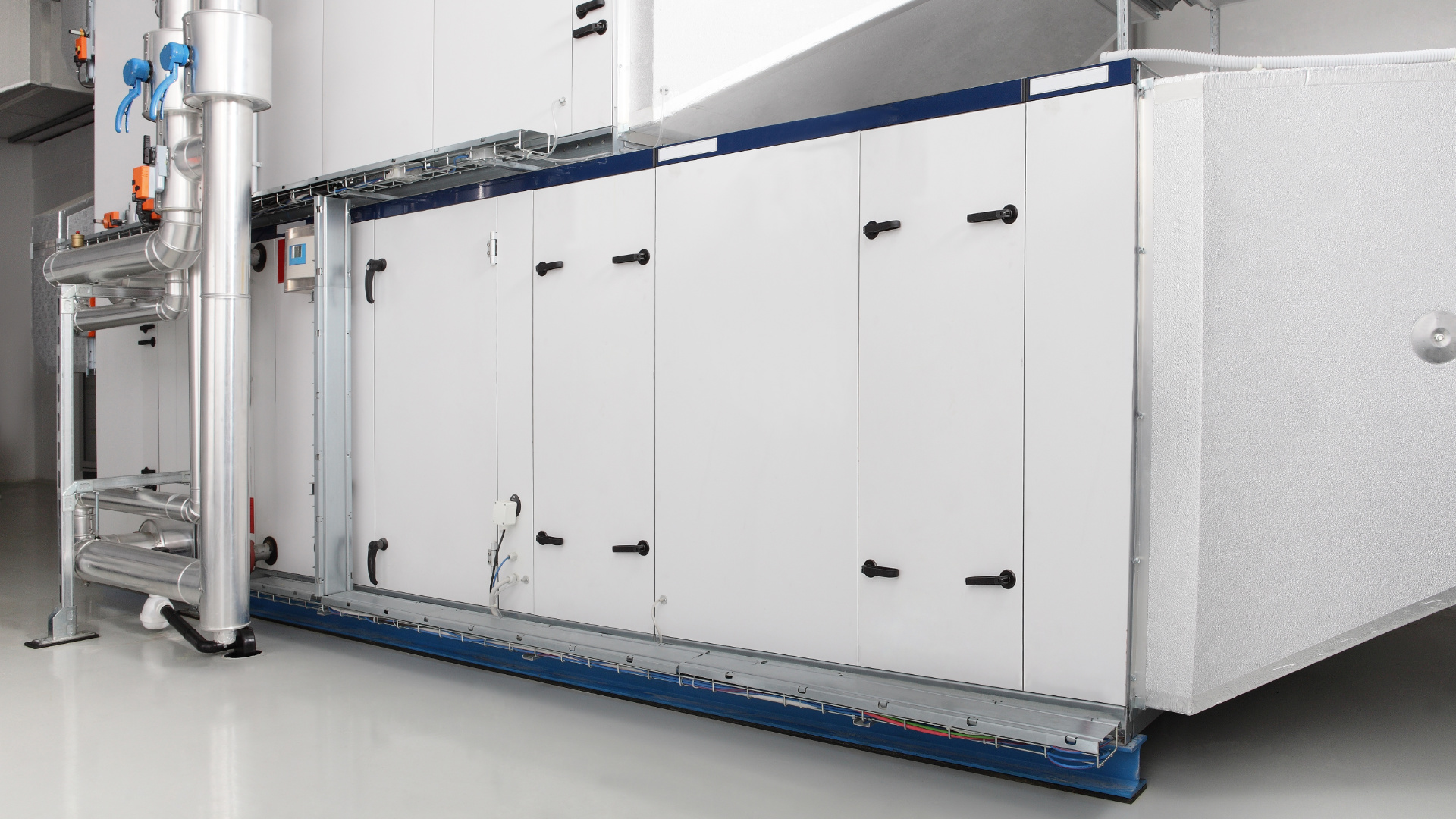 Waste Heat to Power (WHP) is the process of recovery waste heat and using for generate power with no combustion process and no emissions. WHP systems use the same technologies deployed in a number of industries.Anywhere there is an industrial process that involves transforming raw materials into useful products example steel mills, paper plants, refineries, chemical plants, oil and gas pipelines, and general manufacturing.heat is wasted as a byproduct. This waste heat is produced whenever the operation is running, often 24×7 all year. If not recovered for reuse as lower temperature process heat or to produce emission-free power, the heat will release into the atmosphere with un useful. WHP helps reduce costs of electricity bill for industrial processes. By using the waste heat to generate emission-free electricity, industrial users can bring wasted energy back into the process that produce electricity to use with any equipment,or sell it to the grid to support clean energy production. 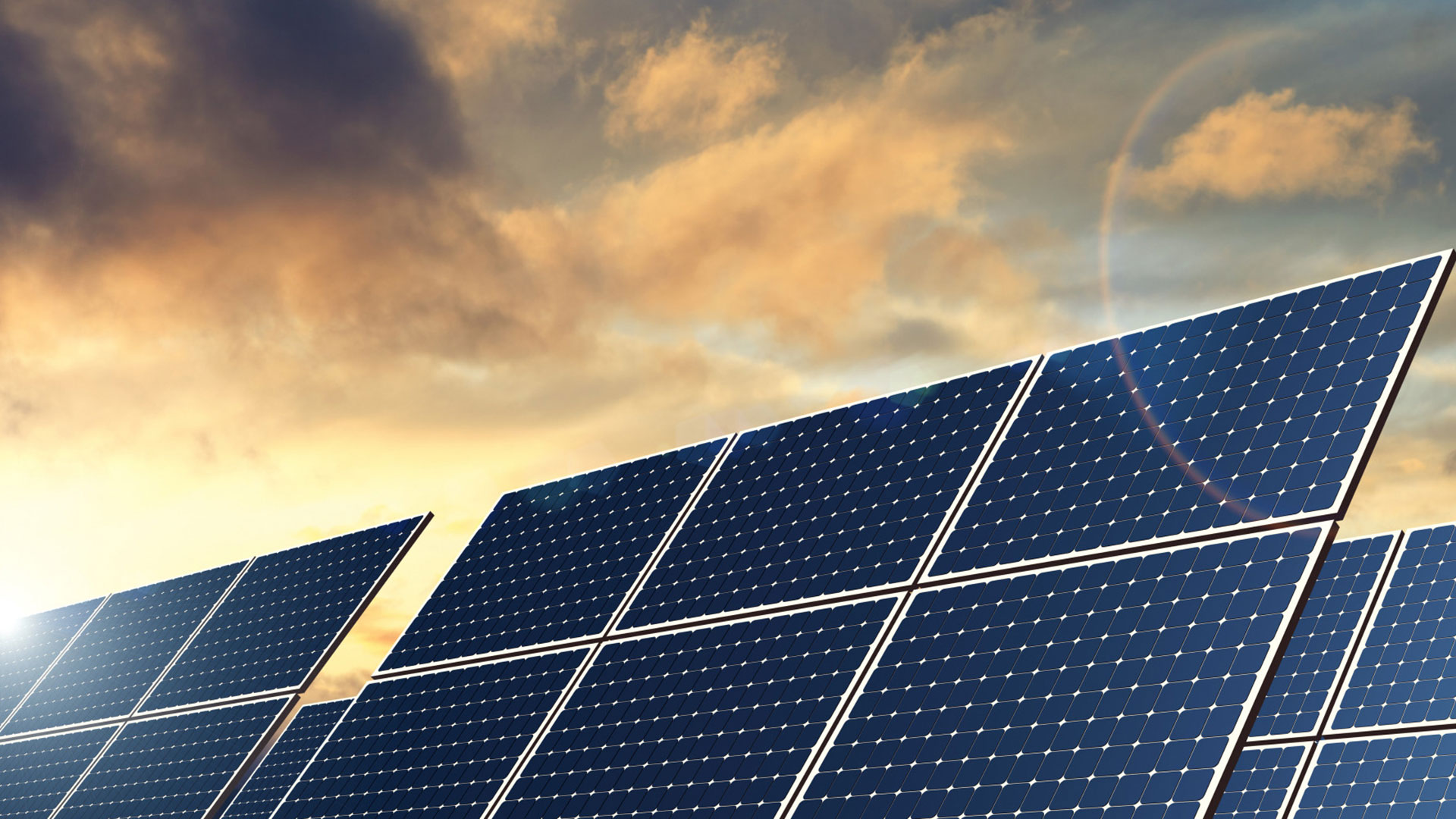 A solar cell, or photovoltaic cell, is an electrical device that converts the energy from light into electricity by the photovoltaic effect, which is a physical and chemical phenomenon.It is a form of photoelectric cell, defined as a device whose electrical characteristics, such as current, voltage, or resistance, vary when exposed to light. Individual solar cell devices can be combined to form modules, otherwise known as solar panels. The common single junction silicon solar cell can produce a maximum open-circuit voltage of approximately 0.5 to 0.6 volts.many cell can built for one PV panel become to higher power.The inverter is the one of equipment will convert DC from solar system to AC to use for end user. 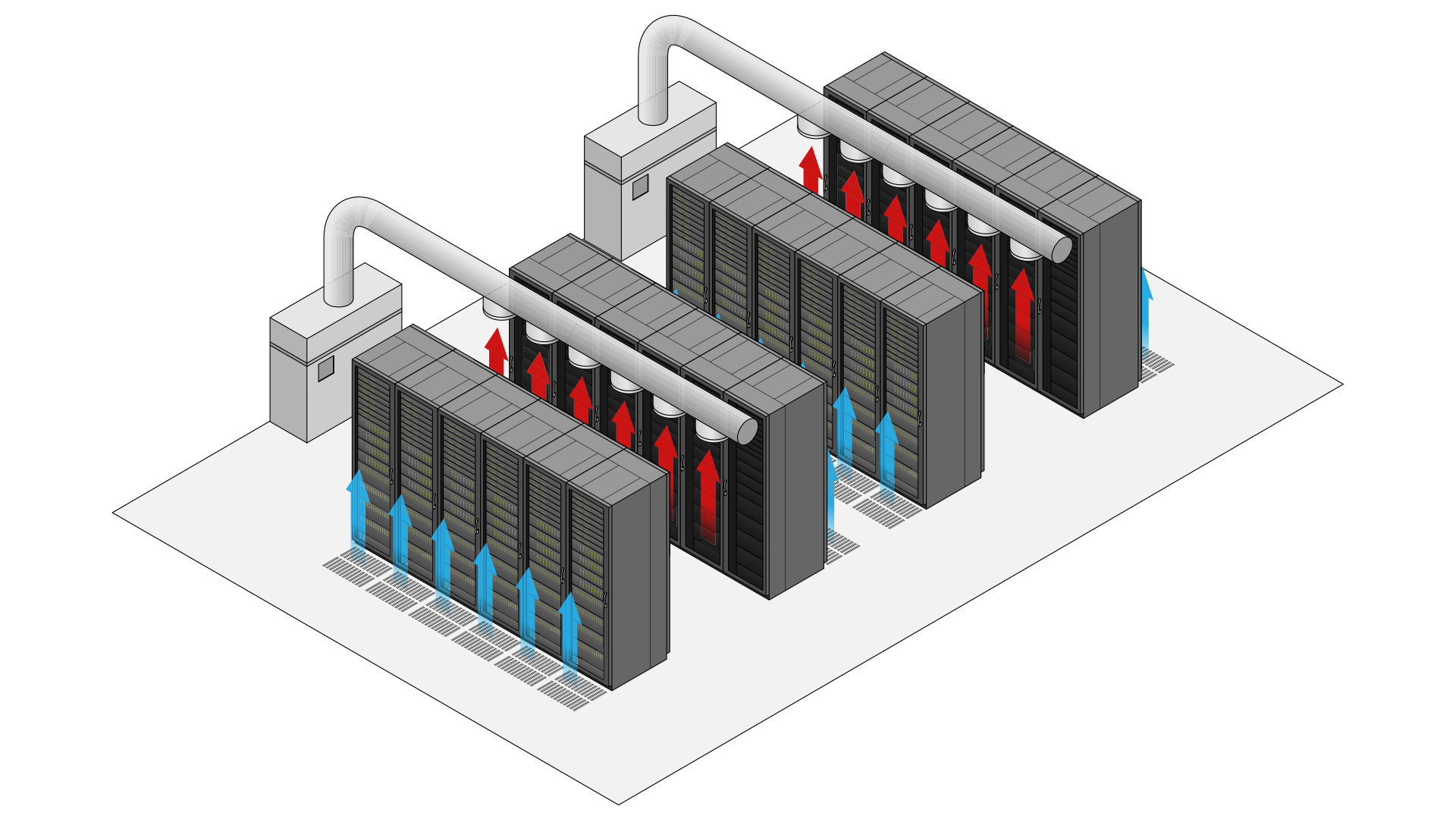 Energy storage has become an important part of renewable energy technology systems. Thermal energy storage (TES) is a technology that store thermal energy by heating or cooling a storage medium.then,the stored energy can be used at a later time for heating and cooling applications and electricity generation. TES in an energy system include an increase in overall efficiency and better reliability, and can be bring to better economics, reductions in investment and running costs, and less pollution into the environment.

Our team of experienced professional management and engineer are ready to provide quality support for project management. We put our heart into each and every process, starting from presentation of data, evaluation of the project, consultation, troubleshooting to obtain the best outcome.

Our professional engineer and our solid foundation in engineering design process are readily available to provide fast, effective and lean process that would minimize waste. This make us able to efficiently analyze and identify the problem as well as to set up precautions and contingency plan with delicate detail in any situation. We also evaluate our customer’s need very closely before sourcing the most suitable product and service that would offer the best value for money.

We provide quality control guarantee with our professional service. This can be obtain through the design, installation and maintenance of the structure and system to support and ensure that the construction is of high quality and conduct safely with our customer’s best interest in mind. We embrace the principle of “taking the middle path” in every process with the best possible quality control to ensure the construction outcome. Most importantly we make sure that every staff from every department involved are well supported and this would lead to effective and timely implementation and delivery of the project.

Maintenance and continuous support is our main priority. Our clients can have the peace of mind for post project support. We always walk hand in hand with the clients throughout the projects. It is our responsibility to ensure routine system maintenance, deliver quality outcome and ready for any emergency. The result of implementation will be constantly review and improve for maximum confidence.

Ready for business, Environmentally friendly,
with the King’s principal at heart.

Energy Project on hand? Need to consult an Energy Storage Expert?Contact Us

Leave us a message and we will get back to you shortly. 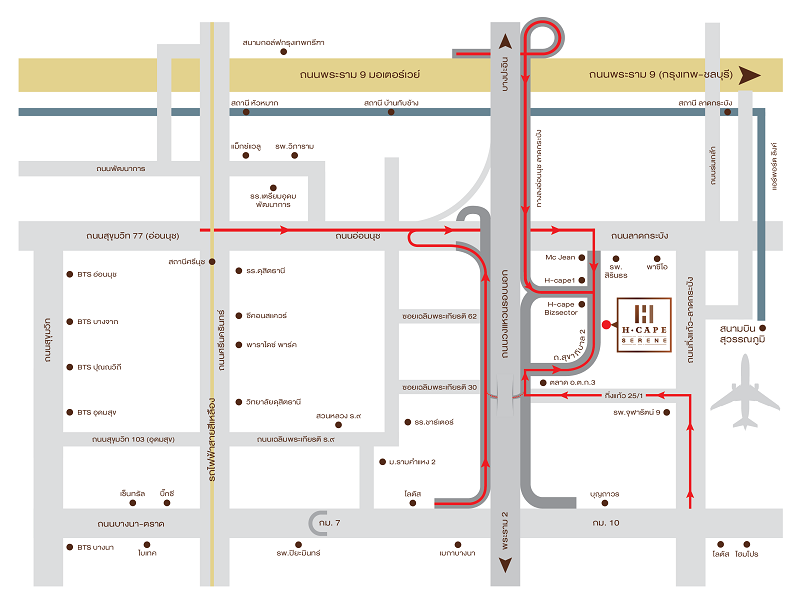